Raksha Bandhan is often associated with traditional backgrounds and religious symbols of people. Rakhi is a thread but in earlier times it was considered to be a single of protectiveness which associated tiles on the rest of his brother to be assured of her safety.  Send ethnic rakhi to UAE to the people living abroad who love Indian traditions more than modern practices. India is a land of cultures where there are multiple religions and secret ceremonies are conducted in both Hinduism and other communities.
We can get the traces of Raksha Bandhan from our older holy books Bhagwat Geeta where lord Krishna explains how tender a bond between brother and sister is. The Lord himself explains the purest form of devotion with which assisted ties Rakhi on the rest of her brothers in the admiration of protectiveness. If you have family living abroad which consists of elderly people like grandmothers or grandfathers whose connectivity with the grounds of India is rigid then you must consider sending them ethnic rakhis with traditional outlines.

Send ethnic rakhi to UAE to your cousins living abroad with the same love that upholds the strongest bond of brotherhood. Brothers and sisters are like friends who can share everything from secrets to mischief but I the end of the day a brother doesn't matter younger or elder is supposed to protect his sister from all the Worldly threats. Raksha Bandhan is such an occasion where peoples meet and greet their loved ones with a thread of Rakhi.
Ethnic Rakhis are the traditional Rakhis with the symbol of God and goddesses over them such as Ganesha Rakhi, Krishna Rakhi, Om rakhis, and beautifully decorated rakhis with Hindu gods' faces.
Most Indians believe that Raksha Bandhan is a festival that originated back in the golden ages when sisters tie Rakhi and put tilak on the forehead of their brothers to wish them fair luck and excellent health. Raksha Bandhan is celebrated with great joy and enthusiasm in the hearts of Indians and usually, people visit each other's houses the all of the distribution of sweets. 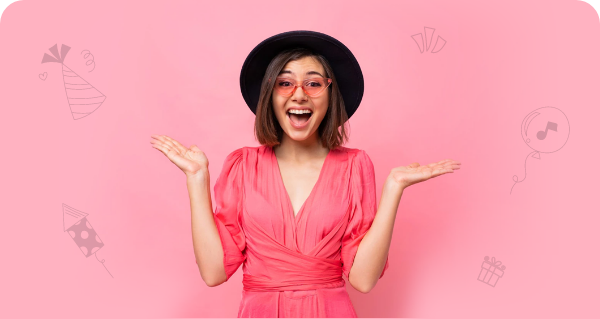 Send Ethnic Rakhi to UAE online Delivery
Products in this category have been rated 4.9 out of 5 based on 822 reviews.
We have a collection of 27 Products on sale, ranging from INR 299 to INR 3,818
100% Secure Payments
All major credit & debit cards accepted
20,000,000
Customers across the world
700+ Cities
Happily delivering