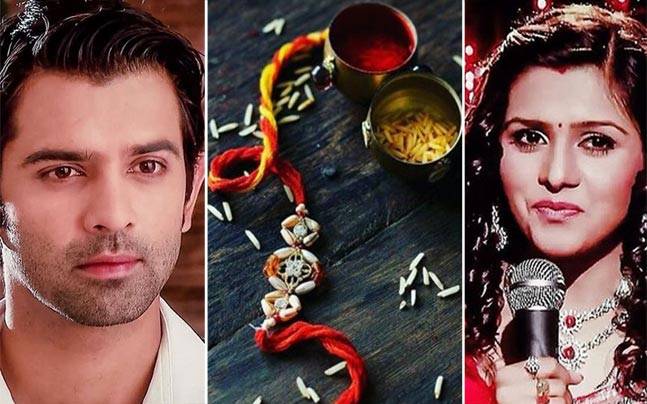 ‘Variety is the spice of life’ — and this phrase stands true for the Indian Tele industry. It showcases a plethora of programs to the audience. Amidst so many shows and broadcasts daily soaps are the heartbeat of the Indian television industry. And through the years, we have witnessed some memorable shows based on strong sibling relationships.

The unconditional sibling bond is one that starts from the beginning and lasts till the end, and Raksha Bandhan is the day when brothers take a vow to protect their sisters from every evil or obstacle their way. With Raksha Bandhan just on the board, you may be planning to send rakhi online via us. This year, celebrate this special day than by memorizing all the great on-screen siblings of Indian television?

So, here are some of the most adorable sibling characters of the small screen for you. Popular Brother-Sister Characters from the Television Industry The perfect example of brother and sister bond is the endearing story of Rannvijay and his half-sister, Veera. The story was centralized around Rannvijay and Veera and how he took care of Veera when she was neglected by everyone since she was an illegitimate child. Ranvijay acts like a sensible, ideal brother driving her towards her goals in the midst of his own personal and professional challenges. He, indeed, is the ideal character for every sister giving us some major brother-sister goals. Alia might hate her sister-in-law (bhabhi) Pragya but that does not stop her from adoring her big brother. She may dislike her brother’s choice of wife, but that doesn’t stop Alia from showering all her sisterly love on her brother Abhishek a.k.a. Abhi. And, Abhi being aware of the fact that Alia hates Pragya, he never fails to look after his haughty sister! What a terrific bond! Yeh Rishta Kya Kehlata Hai (still on air) where Naira and Naksh made an adorable sister-brother pair. It was such an amazing chemistry between this sibling that bond taking you back to your own childhood. The characters gave us siblinghood goals with their mix of love, fights, even pranks, and most importantly, their concern for each other. Now they are grown-up living married lives; still, their love for each other remains unconditional. Who says Rakshabandhan is only meant for blood relations? Instead, it is equally for cousins. And when we talk about cousins’ bond how can one forget — Nisha Aur Uske Cousins! Although this serial is now off-air, it showed a strong brother-sister relationship. How brothers and sisters become each other’s support and help in every critical situation, this feeling was shown very beautifully in it. This year, send rakhi online, keeping in mind the cousins bond shown in this show. Most of you must be knowing the well-known characters Aadi and Ruhi from Ye Hai Mohabbatein, right? Aditya plays a loving elder brother to his younger sister Ruhi, where their on-screen brother-sister bond strengthened with time. Even though, Aditya had some differences with Ruhi regarding Raman and Ishita’s relationship in the beginning, but, with time passes, his love nurtures beautifully for Ruhi.

It is not wrong to say that the purest form of love is sibling love. While the on-screen siblings continue to make you amaze by some heart-touching and emotional scenes, Raksha Bandhan is the day to tell your sister/brother, how much you love them and care for them. This year, grab the best Rakhi gifts for sister and brother that will act as a token to showcase your immense feelings to them. Happy Rakshabandhan! Happy Siblinghood!

Importance Of The Festival Of Navratri in the Indian Society!!!!

Yummiest Sweet Dishes To Tickle Your Taste Buds This Vaisakhi