“Women are the real architects of society”- Harriet Beecher.

Don’t we all just agree with Harriet. I mean, this statement pretty much sums up the importance of women in society. Women have contributed an incredible amount of talent, knowledge, and discoveries in almost every field and made history.

The female group of our society has the capability to bring around change, but unfortunately, not each and every woman gets the chance to prove this, and many of them do not get the proper credit and recognition that they deserve. Can you even believe that women could help find a whole new nation or create a piece of human anatomy ( I mean to give birth to a living being), but still land in the dust with no appreciation at all? There was a time when women had to fight for mere rights like the right to education, or just the right to speak up for the injustice even within their family. Well, all this can literally start a debate right now.

But the wave of change has started, and women are no longer remain the names of the household. That is why we celebrate Women’s day- the day when people around the world join hands to celebrate all the women in remarkable ways. So, consider this as a tribute to the women who have blazed a trail towards the change and bring equality. You might come across some of the lesser-known heroes out there.

Well, Mary Kom is an Indian Olympic boxer and Mom to three. Well, her hard work and dedication helped her to be the only woman who became the world amateur boxing champion and that too six times, and she is the only woman boxer to win a medal in all the seven world championships. Oh, and not forget that she is the only boxer to win eight world championship medals. Wow, isn’t that too much to achieve for a single person?

Geeta Phogat is an Indian freestyle wrestler, and she is the first woman to bring home the first-ever gold medal in wrestling at the commonwealth games 2010. Also, she is the first Indian women wrestler to qualify for the Olympic Summer Games. But it wasn’t a cakewalk for her at all.

You might not have heard this name, but this woman also has her contribution in history. Even after acquiring her commercial pilot’s license, she was still turned down by eight private airline companies because neither of them wanted a woman pilot. Finally, she passed all the legal requirements for the Deccan airways and hence became the first women pilot of India.

I don’t even need to mention her achievements because this name is a sheer example that women can do anything. This woman was an American Indian astronaut and the first Indian woman in space. She was amongst the seven crew members who were killed in the space shuttle Columbia disaster, but she became an inspiration to many women in the world.

So, these are some golden women who made it to or history books. So, appreciate all the women in your life because they are indeed special. This women’s day, amaze her with amazing women’s day gift and make her feel that way she should always feel.

Must Buy Things On Women’s Day To Woo The Woman Inside You!

Know Some Intriguing And Fascinating Ways To Celebrate Women’s Day 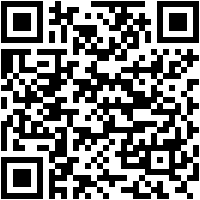 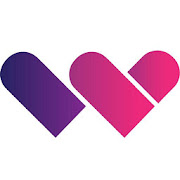 Let her celebrate the Equality, freedom, and privilege with special flavorsome women's day #cake from #Winni